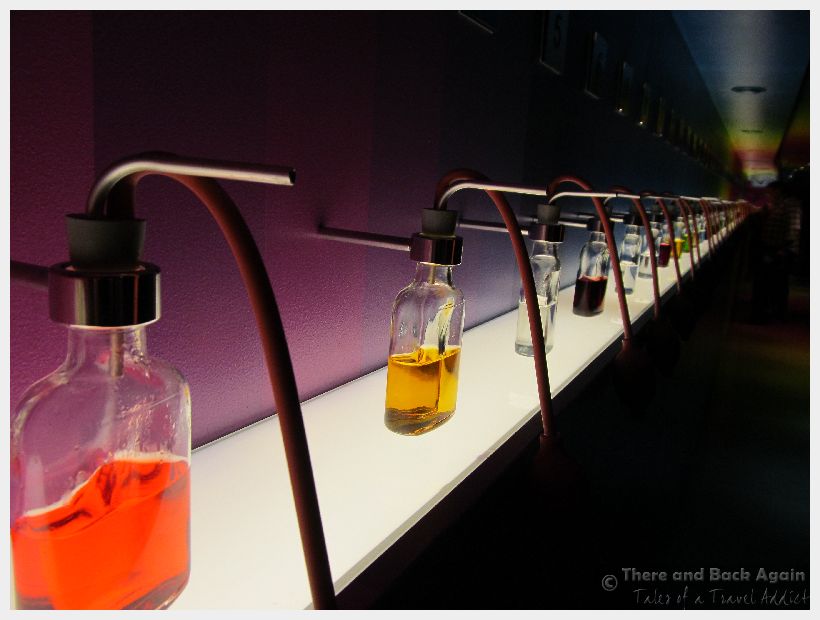 If one is not careful, Amsterdam can quickly turn into one of those “been there, done that” sort of places.  I know that many of you, like me, have traipsed around Amsterdam’s beautiful canals for a day or two while en route to elsewhere.  You have already hit all of the normal tourist haunts.  There are a plethora of great ideas for What to do in amsterdam.

If you are looking for some new ideas for what to do in Amsterdam, I have just the idea for you.  Do yourself a favor and put the House of Bols on your short list of places to visit in Amsterdam. 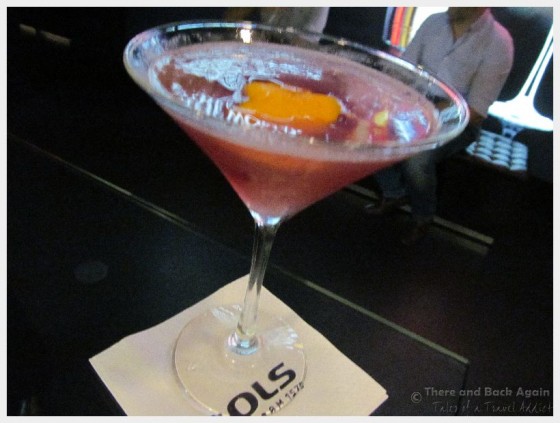 The Bols Distillery has the distinction of being the oldest distillery in the world.

In the 1500’s, Lucas Bols started a cocktail revolution that continues into the present day.   Improved access to trading routes made spices and flavors from all over the world accesible to Lucas, who was a share holder in the United East India company.

He used his imagination and ran wild, using these unique flavors to create over 300 different kinds of liqueurs.  In addition, he created the original recipe for the Genever that Bols is so well known for. 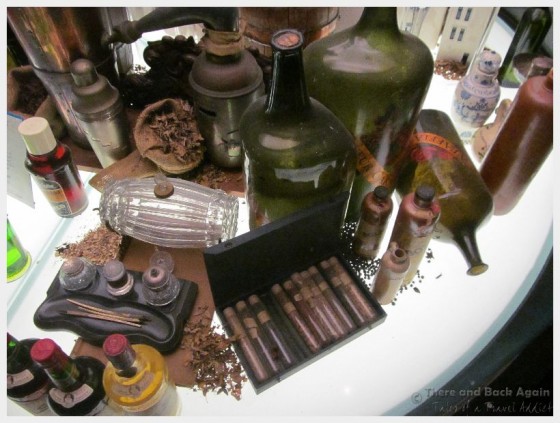 Experiments in the exhibit help you to explore your senses and how they relate to how you taste what you put in your mouth. One of my favorite parts of the exhibit is a gallery of smells.  Here you can smell and try to identify all of the unique varieties of Bols liqueurs.  This will help  you decide which ones you might like to try in a cocktail at the end of the exhibit. 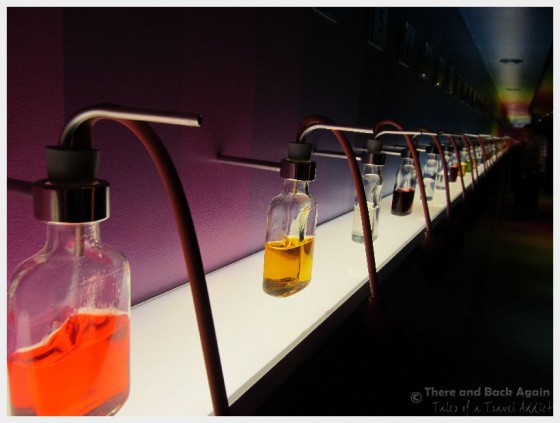 Ok, enough history and on to the good part; the drinking.  Bols produces 38 different flavors of liquors from time tested recipes and  natural flavorings.  Some of these are only produced for certain countries (you can purchase all flavors at the House of Bols in Amsterdam).  Some of the more interesting flavors of Bols liquers include Elderberry (Germany only), Yogurt and Dry Orange Curacao.

Have you ever said to yourself, “I really want to make a green tea flavored drink?”  Thanks to Lucas Bols, you are in luck (but only if you live in Japan.)

Bols also produces Genever, which is a gin-like alcohol that is well known throughout Amsterdam.  The regular Genever is made out of a distillate of corn, wheat and rye which is blended with juniper and brought to an alcohol content of 42%.  The Bols master distiller has discovered through much trial that this is the optimum concentration of alcohol for mixing.  Bols Genever is a smooth, neutral tasting spirit that I prefer in taste to vodka for making mixed drinks.

As an added bonus, if you visit the house of Bols in Amsterdam, you can purchase any of the Bols products (many of which might be hard if not impossible to get in your home country).

Needless to say by the end of our tasting in the awesome mirrored bar in the House of Bols, we were feeling pretty darned good. 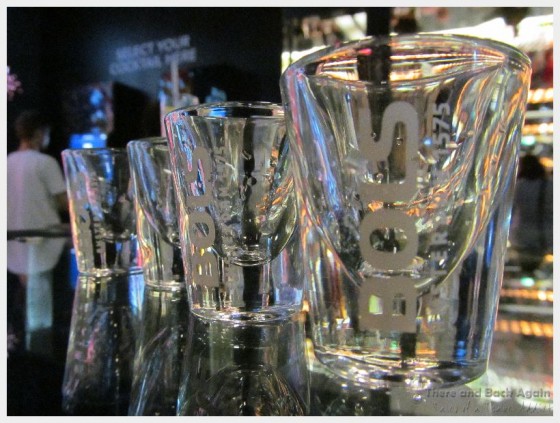 An interesting bit of trivia:  Rumor has it that the English came over to Amsterdam waaay back when and tried Bols Genever.  They liked it so much that they tried to recreate it when they got back to England.

They took the juniper flavor from the Genever and instead of coming out with something similar, they invented Gin.

Many cocktails, such as the Collins and the Holland House were originally created using Bols Genever.  Genever today is produced using a recipe that is very close to the original which allows these recipes to be enjoyed exactly the way that their creators intended them to be enjoyed all those long years ago.

A visit to the House of Bols should be an entertaining addition to your next Amsterdam itinerary!

What are your favorite ideas for what to do in Amsterdam?

How to Do Lake Bohinj Slovenia with Kids

12 Things to Know about Riding a Bike in Amsterdam

Where to Base Yourself in Switzerland with Kids